Login or Sign Up
Make a Reservation
Reservation Search
BESIKTAS 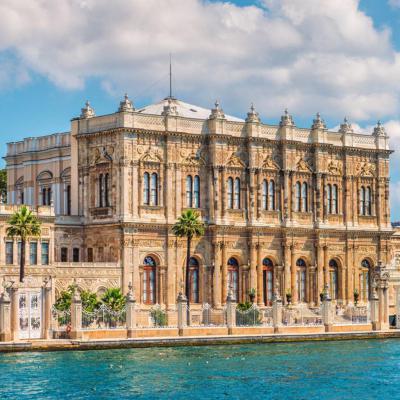 Beşiktaş is an another old Istanbul district. The district is popular with its closeness to Anatolian side, easy access from other districts and being the host of Dolmabahçe Palace. It has also a special neighborhood culture, busy fish and vegetable bazaar, restaurants, bars, narrow streets and specific houses. If you visit Beşiktaş for the first time and if that day falls on Beşiktaş football game, you will experience a great atmosphere and you will not be able to believe your eyes.

Dolmabahçe Palace Dolmabahçe Palace was built by Architect Garabet Balyan during Sultan Abdülmecid period in 1855. The sea area where Dolmabahçe Palace takes place now was filled in between 1603-1622. The furniture of the palace was crafted by French artists lived in 17th – 18th Centuries. A very precious painting collection which was collected by Sultan Abdulaziz during his Europe travel takes place in the palace. Mustafa Kemal Atatürk passed away in Number 71 Room of Dolmabahçe Palace. The Palace gives service as a museum since 1984. The museum is open every weekday except Mondays and Thursdays.

Yildiz Palace and Yildiz Park Yildiz Park, built for Mihrişah Valide Sultan who is the mother of III. Selim, takes place in a copse utilized since Byzantine Period. The building has an outlook similar to Medieval Age chateaus. It has a characteristic design reflecting Ottoman architecture and a magnificent decoration. II. Abdülhamit spent his 33 years sultanate in this palace. The palace had been enlarged with added pavilions in 18th – 19th Centuries.

Yildiz Park, which is the largest copse of the city with its 46 hectare area, takes place between Beşiktaş and Ortaköy, and was opened to public view in IV. Murat period. The area turned into sultanate property from being a private property, and changed hands several times. Yildiz Park was described by Sultan Abdulhamid with these words; “gold had been casted in its every square meter”. Pavilion Şale, which takes place in its borders, used by Grand National Assembly of Turkey today. The Park is also known as the green area where the famous mythologic hero Pan plays his flute at Bosphorus.