Login or Sign Up
Make a Reservation
Reservation Search
BODRUM 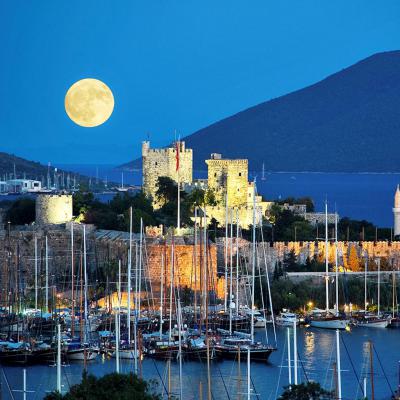 The district is famous for the peninsula, which has been formed by the merging of the eastern and western harbors, the Bodrum Castle lying on it, its unique white houses that are lined on the shores of the harbor, its gümbets and narrow streets going down to the sea, its yachts, whose fame has spread around the world, as well as its shipyards. Bodrum, which is preferred by thousands of tourists each year to get down to the waters of the Aegean, is also a site of historical significance. Formerly known as Halikarnassos, the region is known to be the birthplace of Herodotus, the “father of history.” The Bodrum Castle, the Museum of Underwater Archeology, the Mausoleum of Halicarnassus and the Ancient Theater are among the places you should definitely visit.