Login or Sign Up
Make a Reservation
Reservation Search
DALAMAN 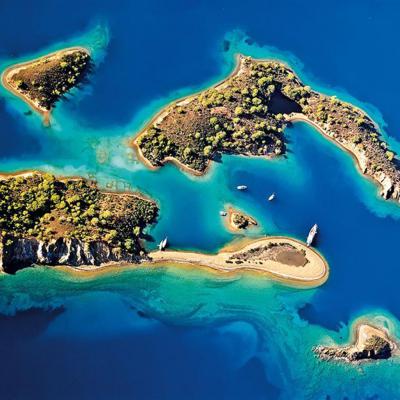 A Favourite Pier of the Yacht Tourism

Dalaman is a city of nature, sea and history that widely hosts yacht tourism with its coves is the Göcek area. Dalaman Airport is also located here providing access to many holiday resorts in the vicinity. Thanks to its ease of access, Dalaman is preferred by thousands of tourists every year, which is renowned for its clear and outstanding coves. Kurşunlu, Akbükü, Göbün, Boynuzbükü and Sarsala are the major ones. After Dalyan became a district, Dalaman has no towns but 26 villages.

The Ancient Town of Kalynda; It is a Carian town, whose wall remains have survived up to day. Herodotus relates that Kalynda remained in the rule of Kaunos for a while before it campaigned against it with the support of Knidos and that it sought aid from Rhodes during the siege of Kaunos.

Cleopatra Baths; The bay of the Cleopatra Baths is one of the most popular destinations of yacht tours as an extraordinary site. The remains of an ancient bath can be seen under the water, which is believed to be where Cleopatra also took a bath.