Login or Sign Up
Make a Reservation
Reservation Search
DATCA 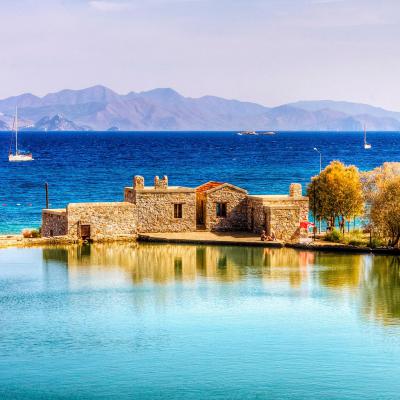 A Peninsula Surrounded by Gorgeous Bays

It is known that the findings of the surveys carried out on the Datça Peninsula date back to 2000s B.C. The peninsula is not only rich in history but also is fascinating in terms of its nature. It is where the almond trees first blossom in Turkey, and where the green almonds grow first in the month of February. Datça, one of the most popular tourism centers in the country, has beautiful beaches and bays with crystal clear turquoise waters. It is possible to swim for a large part of the year. The majority of the bays and beaches suitable for swimming are located in the south. The main beaches from east to west are: Kuruca Bük, Aktur, Karaincir, Güllük, Gebekum, Burgaz, Kargı, Domuz Bükü and Palamut Bükü. Many of them are beaches with the Blue Flag award. There is a small lake in the city center, south west of the Taşlık Beach, with an exquisite view, which is warmer than the seawater and has various minerals useful for the health. The peninsula is also very busy in terms of yacht tourism and sea tourism. It welcomes thousands of visitors every year with its natural beauties and rich cultural values. Do not return without seeing the ancient city of Knidos, which is known to be one of the first cities where democracy emerged and the Knidos Lighthouse, where you will witness breathtaking sceneries of sunset.