Login or Sign Up
Make a Reservation
Reservation Search
FETHIYE 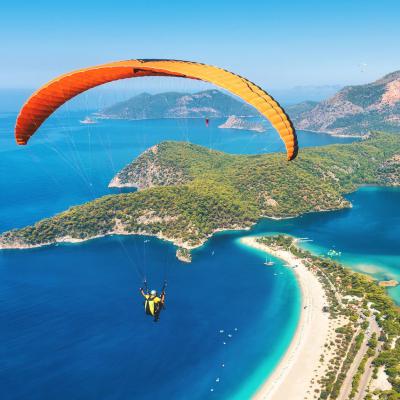 Fethiye is a holiday resort famous for its turquoise bays where the Mediterranean and Aegean coasts meet. It is located above the most important city of Lycia, Telmessos, which is noteworthy for its astonishing nature, as well as its historical importance. With its famous Ölüdeniz, Saklıköy Canyon, Butterfly Valley, Kabak Bay and 12 Islands, Fethiye is a region holidaymakers prefer to a high degree due to its crystal-clear bays and shallow waters. It hosts several ancient cities each of which were important settlements at the time that left behind rich remains. The major ones are the ancient city of Tlos, located 42 km from the center, the ancient city of Pınara, a Lycian city 45 km away, the ancient city of Telmessos, where the ancient theater can be visited today and the ancient city of Letoon, which was founded in the 7th century B.C. Letoon was an important religious center for the Lycians, and the temples of Apollo and Artemis are still accessible today. Inscribed in the UNESCO World Heritage List as of 1988, the region welcomes thousands of people every year also because of its location on the Lycian Way.