Login or Sign Up
Make a Reservation
Reservation Search
IZMIR 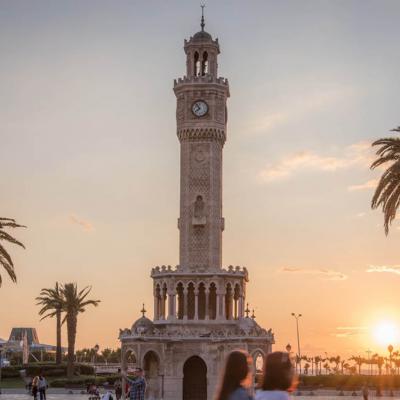 The Pearl of the Aegean

İzmir is Turkey’s third most populous city. Located on the coast of the Aegean Sea, the city has a crucial importance in terms of culture with its history dating back to 3000 B.C. and its role in serving as a cradle of civilizations. It is the most crowded city of the Aegean, followed by Athens. It is crowded throughout the year because due to being a major harbor city. It welcomes thousands of local and foreign tourists each year in its beautiful coastal towns.

You will have the opportunity to visit many historical monuments in your trip to İzmir. In these lands that have been inhabited for thousands of years, every civilization left its trace, rendering İzmir a unique mosaic of culture. The city, which maintains its popularity today, is largely preferred by young people due to its many universities and social-life opportunities. İzmir, known as Atatürk’s favorite city, has witnessed various memories and events during the Republican era and hosted the first Congress of Economics (1923).