Login or Sign Up
Make a Reservation
Reservation Search
MILAS 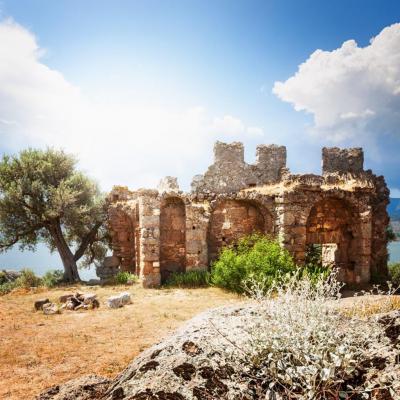 Milas is the second largest district of the Muğla Province. It was built on the skirts of the Mount Sodra, on the plain named after its name. Based on the evidence obtained in archaeological surveys, the settlement dates back to the 10th century B.C. Legend has it that it was named after Mylasos, who is a descendant of the god of wind, Ailos. Monuments such as the Gümüşkesen Memorial Tomb dating to the 2nd century A.D., Byzantine aquaducts, the ancient city of Labranda, which used to be a pilgrimage site for the Carians during the 5th century B.C. are also located in Milas. You must stop at Milas to turn your holiday into a cultural feast. Other historical beauties worth seeing include the ancient cities of Herakleia, Keramos, Bargylia, Iassos, Euromos, Labranda and the temple of Athena in Milas.