Login or Sign Up
Make a Reservation
Reservation Search
USKUDAR 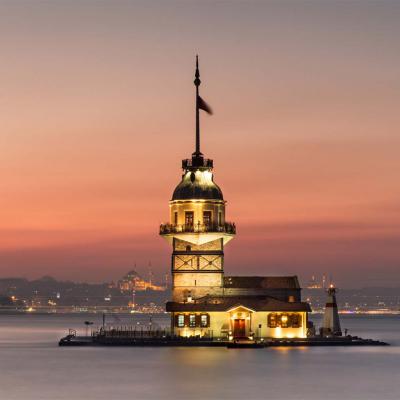 Üsküdar is the border of Anatolia. It is a Bosphorus district, and also one of the most important districts of Istanbul.

Üsküdar is the third Muslim judge authority attached to Istanbul in addition to Galata and Eyup in Ottoman Empire Period. Not only the geographical, but also the cultural difference of Üsküdar represent the Anatolian and Turkish-Islamic traditions. Üsküdar is the border of Anatolian territories determined by Bosphorus waters. After being conquered by Orhan Gazi in 1352, the Muslims came from Anatolia settled in Üsküdar. The district hosts many historical mosques. The Maiden’s Tower, which is the symbol of Istanbul, turns Üsküdar into a unique place.

Maiden’s Tower Maiden’s Tower was built on a small island close to Üsküdar Salacak Coast of Bosphorus by Greeks in 5th Century BC. It is the unique architectural work in Üsküdar remained from Roman Empire. It was utilized for different purposes throughout history, and many stories were written about it. Its old name was Damalis and Leondros. Damalis was the name of the king of Athens, Kharis’s wife and when she died, she was buried in this coast, and the tower was named after her. After the Conquest of Constantinople, the tower was demolished and a wooden tower was built in its place. This wooden tower was burned in fire later. The tower was built in 1725 again. A leaden dome was added at the top of it and a lantern was placed on the tower in 1857. The tower became a light house at that time. Maiden’s Tower was utilized as a tax office, isolation hospital and radio station throughout history. It was allocated to Maritime Lines later, and then renovated and managed by a private company as a restaurant.